On October 14, the President of Uzbekistan took part in an extraordinary meeting of the Supreme Eurasian Economic Council in the format of a videoconference.

As the press service of the head of state reported, Shavkat Mirziyoyev is participating in the summits of this integration association for the third time since Uzbekistan received the status of an observer state in the EAEU in December 2020.

“The meeting agenda included issues of further deepening multilateral economic partnership, as well as promoting practical interaction in such priority areas as trade, industrial cooperation, development of transport and transit potential, food security, digitalization, green economy and other areas. The head of state in his speech outlined the priorities for the development of mutually beneficial cooperation with the EAEU, whose members are natural trade and economic partners of Uzbekistan. In particular, it was noted that in the context of a pandemic, the republic’s trade with the countries of the organization is steadily growing. Active interaction has been established with the Eurasian Economic Commission, and a joint working group has begun its activities. In addition, promising projects of cooperation with the Eurasian Development Bank are being prepared,” the report reads. 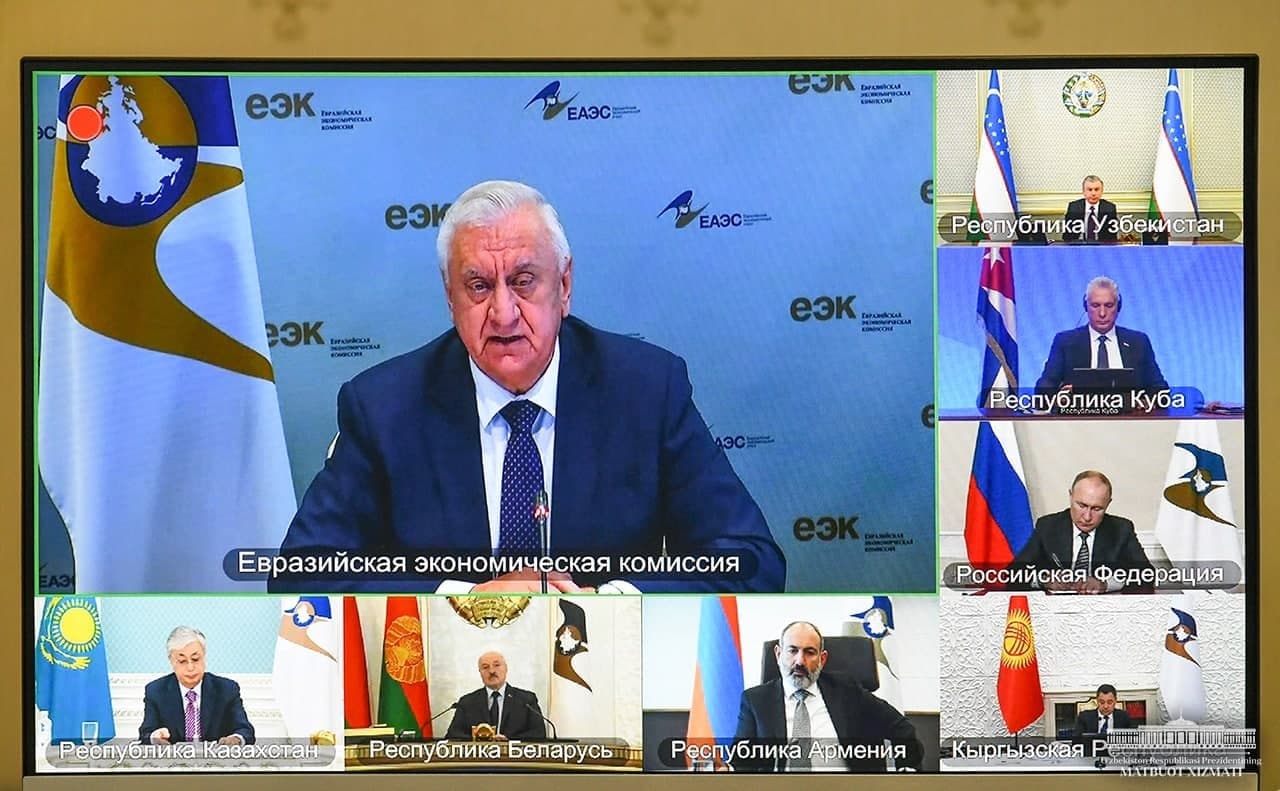 The leader of Uzbekistan, emphasizing the importance of intensifying efforts to build up trade and economic ties, proposed to develop a joint “roadmap” to eliminate existing barriers, harmonize technical regulations and standards, digitalize customs procedures in mutual trade.

It was noted that Uzbekistan is interested in expanding cooperation in creating interregional value chains by deepening industrial cooperation. New opportunities for this will be opened by the annual holding of the industrial forum “Innoprom – Central Asia” in Tashkent.

The President pointed out the importance of improving the network of transport corridors and logistics infrastructure as a key factor in the sustainable development of national economies. He invited to join the Agroexpress project launched by Uzbekistan jointly with Russia and Kazakhstan, which is designed to ensure the rapid mutual delivery of the goods in demand. 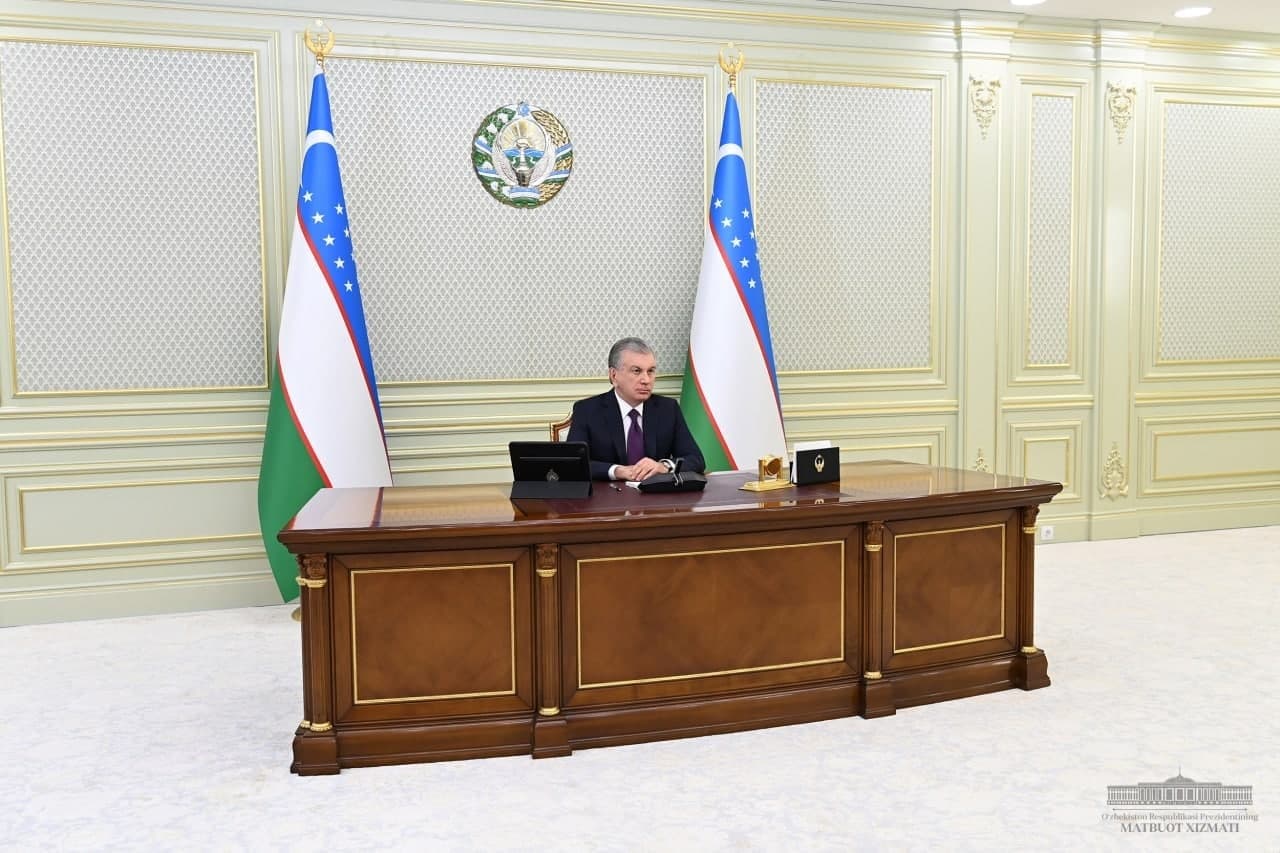 Given the particular relevance of food security issues, the leader of Uzbekistan noted the importance of consolidating efforts and finding new points of interaction in this area by developing a joint cooperation program. The country’s interest in participating in digital transformation processes, sharing practical experience and mutual transfer of advanced technologies within the EAEU was also noted.

“The head of state paid special attention to the environmental agenda and stressed the need for coordinated measures to mitigate the effects of climate change. The President of Uzbekistan called on the partner countries to take an active part in joint projects to create a zone of environmental innovations and technologies in the Aral Sea region, and also invited them to the international forum on green energy, which will be held next September in the city of Nukus,” the press service said.

Besides, it was proposed to establish interaction with the high-level working group on the climate agenda, created within the framework of the association.

Concluding his speech, the leader of Uzbekistan expressed confidence that the practical results of the summit would contribute to the promotion of mutually beneficial cooperation and close cooperation with the EAEU countries.